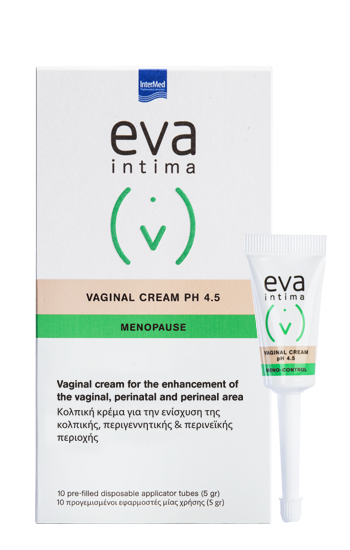 EVA INTIMA® VAGINAL CREAM is a vaginal cream that restores the supporting capacity of the tissues of the vagina, perinatal and perineal area thanks to its collagen content, which is a major structural component of perineal connective tissue. In addition, it offers a combination of hyaluronic acid with antioxidant vitamins (Vitamin B3, C & E) for their gentle care and protection.

The combination of the regular application of EVA INTIMA® VAGINAL CREAM with a pelvic floor exercise program (Kegel exercises) enhances the muscle tone and overall mechanical strength of the sensitive area.

EVA INTIMA® VAGINAL CREAM is an innovative product whose effective composition based on collagen of marine origin and the high concentration of hyaluronic acid compensates immediately and naturally the loss of these elements from the tissues of the region during the perimenopausal period and restores their elasticity.

Initially: 1 application daily for 7 consecutive days.
Then: 2-3 applications per week for 11 weeks. 2-3 cycles a year. 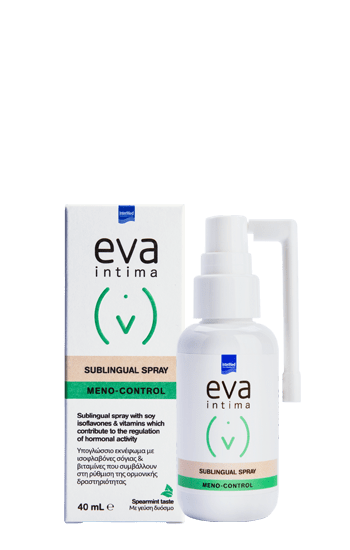